In August 2021, the cat was rescued as it fell from a second story balcony in Deira; Sheikh Mohammed had shared the video to locate and reward rescuers 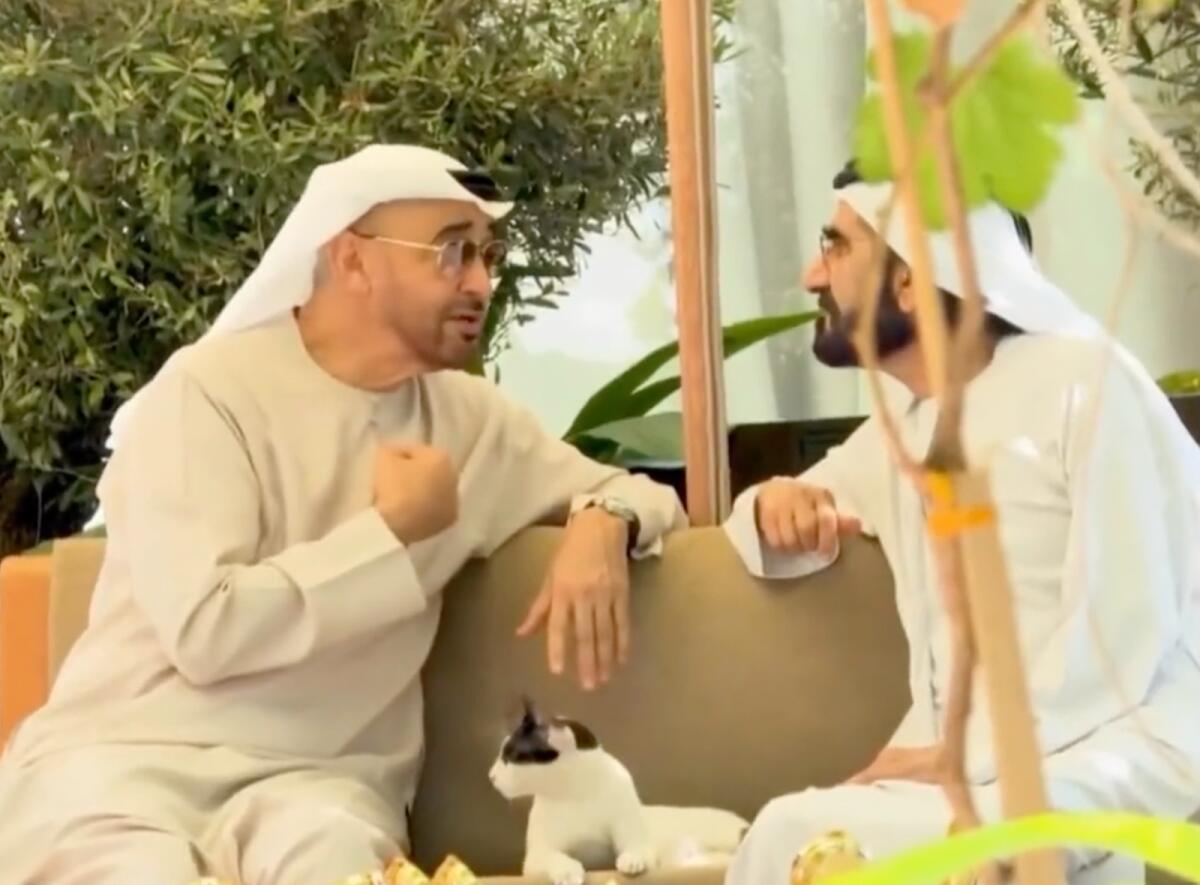 A cat that appears in a video of a meeting between the president and vice president of the UAE is going viral for all the right reasons. In the video, the President of the United Arab Emirates, His Highness Sheikh Mohammed bin Zayed Al Nahyan, can be seen petting the cat as he discusses important state issues with His Highness Sheikh Mohammed bin Rashid Al Maktoum, Deputy President and Prime Minister of the United Arab Emirates. and Ruler of Dubai:

The kitten seen in the video has an already famous mom who was featured in another viral video.

In August 2021, the cat – who was pregnant at the time – was rescued as she fell from a second story balcony in Deira. In the video, the cat is seen hanging from the balcony. A group of three men quickly take position below with a sheet spread out as a safety net. The cat falls into the sheet, possibly saving his life. The men pat her as she walks away unscathed.

Sheikh Mohammed had shared the video, asking for the public’s help in locating the four “unsung heroes”.

It looks like the rescued cat and her kittens have free rein at Al Marmoom Rest House.